The comics are rightly held up as an example of pure, unbridled Americana. They are a uniquely American creation and have become a major force in pop culture in recent years. While there are many great creators (artists, writers, publishers) in the field, few have achieved the acclaim inside and outside the industry that the late Steve Ditko received.

Yet, sadly, this praise not only attracted innocuous detractors who had fun raving about Ditko’s alleged recluse, how he rendered anatomy or his politics (which they probably didn’t understand), but he also attracted the attention of thieves, evil- willful people who have stolen original works of art that they did not create (and do not have a business) to resell for large sums of money . Ditko has written extensively about this dark side of the comics industry in The Comics (a first-person comic book story in newsletter form edited and published by Robin Snyder) and in non-mainstream comics. His original works of art had too often ended up in the hands of thieves; Ditko himself wrote that most of the original artwork from his run on Spider-Man was never returned to him. (Others, like the good people of Two Morrows Edition have also wrote about this injustice.) And, naturally, that upset him. How would you feel if your hard work has been ripped from a warehouse or storage area and sold without your knowledge or permission. These ill-gotten gains have been the twisted “reward” of criminals for decades.

Following Ditko’s passing in June 2018, many fans eagerly awaited posts featuring scans of his original art. Expectations for some sort of “artifact” or “artist’s edition” were high.

Yet, aside from a king-sized Amazing Spider-Man, “Ditko is…amazing! »a tome that featured high-quality scans of Ditko’s original art for Amazing Fantasy #15 (which were “gifted” to the Library Congress by an anonymous donor in 2008), nothing came.

Another year passed and… nothing.

So Ditko fans started asking questions: Where are the tens of thousands of pages produced by Ditko over his 70-year comedy career?

The answer came from the most unexpected place. A auction of 41 Spider-Man comics owned by Ditko appeared a few weeks ago. The provenance of each has been confirmed by the Domain Ditko . According to Pacific Book Auction (PBA) (the company running the auction), they were discovered inside boxes in a small room belonging to Ditko’s sister, Anna, after her death. Ditko stayed in this room during his annual visits to his hometown of Johnstown, Pennsylvania. 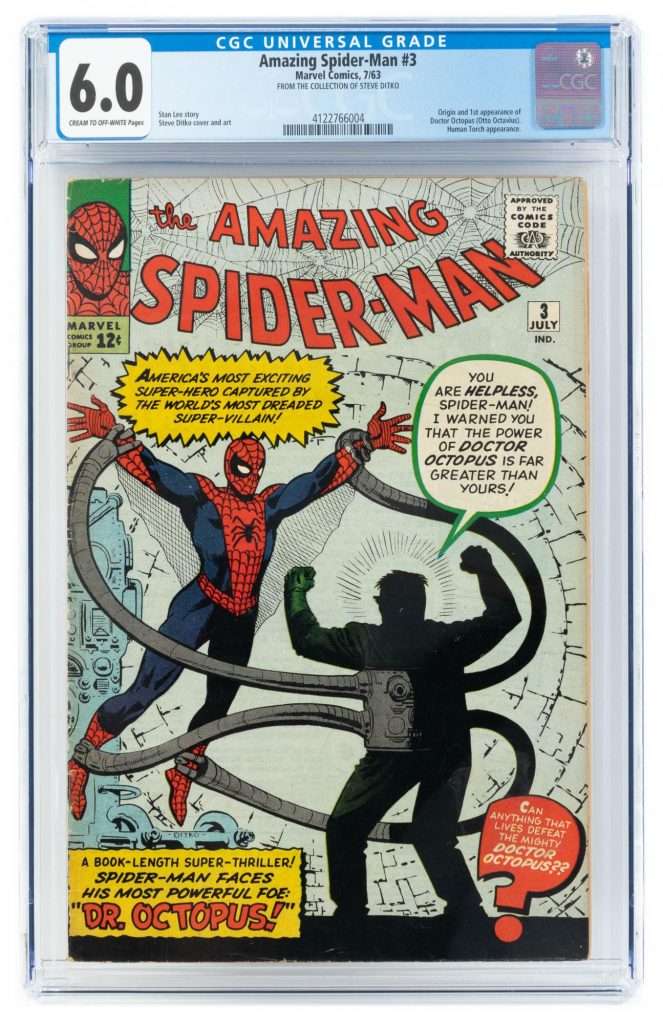 However, an even more shocking revelation awaited Ditko fans in the fine print. What has been relayed is enough to send shockwaves through the comic book world and Ditko fans in particular. No, unfortunately no large hidden stash of decades of priceless original Ditko artwork has been uncovered.

The reality was darker.

“I think he destroyed everything,” Patrick Ditko, the creator’s nephew, told PBA.

As a fan, it was almost as shocking to hear as the day I found out he was dead.

About 70 years of mainstream comic book work…gone! ? No Dr. Strange. No Speedball. No Shade the changing man. No stalker. All of that – every piece of bristol board that the genius creator’s hand had filled with drawings – is gone!? Every drop of Indian ink forever removed from us? Those lush, shiny examples of high-level comic art he did for Warren Publications are no more? The original designs from decades of creative work by Charlton never to be seen by human eyes again?

Ditko owed us nothing. Art was his to do with what he felt best, yes. Assuming that’s true (and Ditko’s nephew has no reason to lie), the sense of loss I feel as a Ditko fan runs deep.