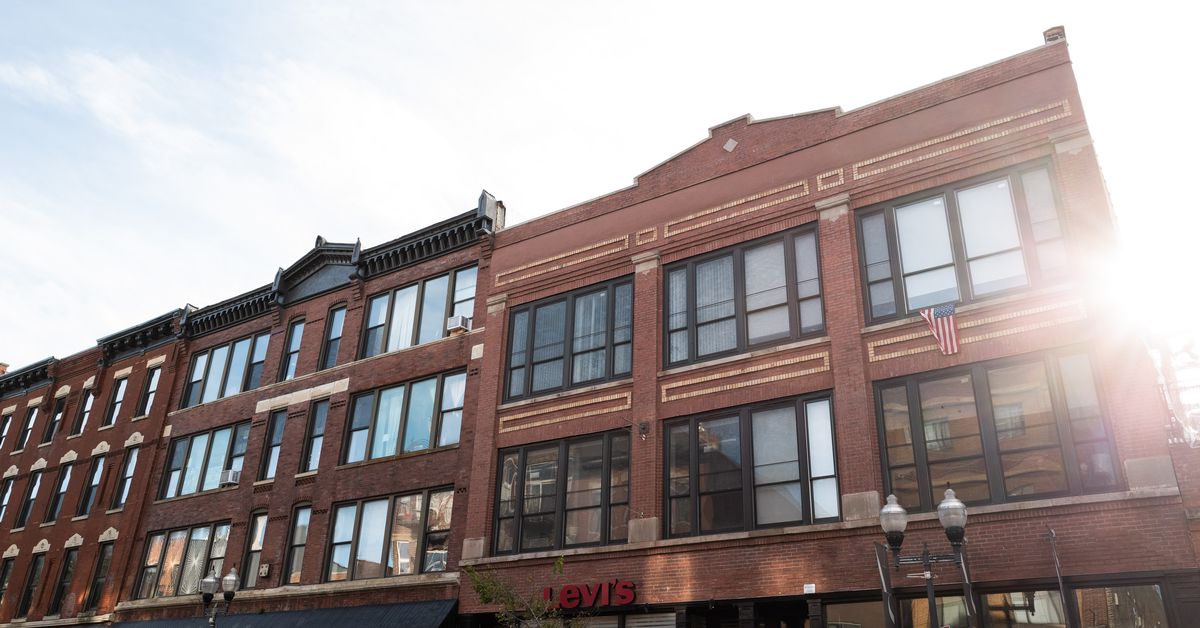 For 20 years, Heaven Gallery has opened its doors in West Town to city artists and curators.

Now, using the art in an appeal for social justice, the gallery showcases the work of Indigenous Black and People of Color (BIPOC) artists in its Equity Arts Project.

“We know Creative Districts have artists and arts organizations, but they are constantly moved and displaced,” said Alma Wieser, President of Equity Arts and Director of Heaven Gallery.

The project seeks to end this displacement and provide “pathways to wealth creation” through mentorship, conservation programs and exhibitions.

But the project was threatened by the owners who put up for sale the building located at 1550 N. Milwaukee Ave. The developers started going around in circles in 2019, and only the onset of the COVID-19 pandemic kept the gallery from being sold for some time. Then, this fall, an increase in crime in the neighborhood once again put a stop to the advance of interested developers.

And now Equity Arts has another chance.

“Our ultimate goal with the ETOD program is to maximize the benefits that high quality, affordable and reliable public transit provides to our communities,” Lightfoot said in a press release. “Each of these 11 projects will help us fulfill this mission in a fair and community-minded manner, as well as improve the overall well-being of our residents. “

While the program intends to invest in projects focused on transit on the south and west sides without displacement, it also seeks to promote affordability on the north and northwest sides.

A total of $ 160,000 in micro-grants and technical assistance has been awarded to community projects to help build near transit stations across Chicago.

Heaven Gallery plans to eventually establish a Center for Cultural Healing and Economic Justice. Sixty percent of the centre’s tenants are said to be artistic leaders of BIPOC in order to “enrich our community and enrich our neighborhood,” said Wieser.

But first, Heaven Gallery has to buy the building and start renovations – and they’ll need $ 5 million to do so, according to Wieser.

With funds from ETOD, the gallery hopes to launch a community investment tool in the spring, allowing community members to invest in Heaven Gallery and the project, which in turn will help raise funds to purchase the building. .

While the Equity Arts project appears to remain inside the original gallery building, however, other projects seek to build new structures.

For Bronzeville’s Food Matters, the money will be used to help buy land on 43rd Street for a greenhouse.

Food Matters was started by Laurie Ouding, a nurse at Rush University Medical Center, in 2017. Ouding, who lived on a Michigan farm with a large garden before moving to North Lawndale in 2008, said the move was a “shock” cultural”.

“I was surrounded by this agriculture [in Michigan] and I really took it for granted that I had access to food all the time, ”she said.

As a food desert, many residents of North Lawndale lack access to fresh produce, and Ouding has seen the effects firsthand on his patients in Rush.

In creating Food Matters, Ouding’s goal was to provide nutrition education, cooking classes, and urban farming education to show residents how to grow healthy food at home in a city.

The response has been overwhelmingly positive, she said.

“In 2018… I went to this town hall,” Ouding said, “I’m standing up there and talking about [the greenhouse], and there is silence. I think ‘Oh, my God, no!’ And as soon as I’m done, [Ald. Pat Dowell, 3rd] said: “I am really excited about this project. I think it’s gonna be awesome. And then a bunch of hands went up in the air, and people was like, ‘When is this going to happen?’ “

Ouding has been working with the Ministry of Planning and Development since 2018 to purchase the land on 43rd Street and complete the necessary pre-development work, including environmental assessments and testing.

But the pandemic put an end to that and the pre-development work expired.

On top of that, the cost of the land doubled.

But with the support of the community behind her, Ouding remains hopeful.

“If we never tackle what’s going on in the community, we’re really not going to fix the issues,” she said. “I look at food insecurity and its effects and its impact on health – not only in terms of disease, but also if children don’t get the right nutrients they don’t learn as they should and that has. an impact on their education. Food is medicine, but food is life.

Cheyanne M. Daniels is a reporter for the Sun-Times via Report for America, a non-profit journalism program that aims to strengthen the newspaper’s coverage of communities on the South Side and West Side.