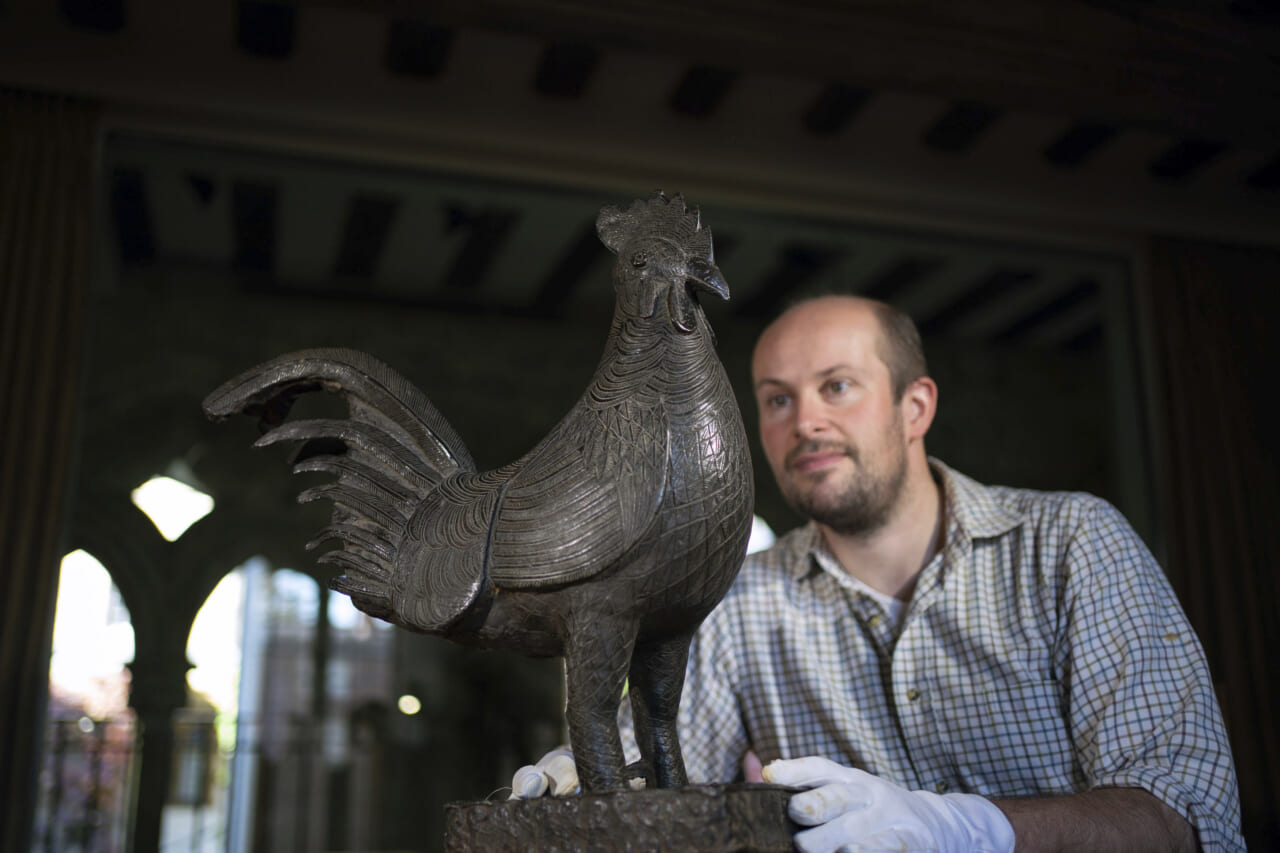 A Cambridge University college said on Friday it would return a bronze rooster looted in Nigeria later this month, making it the first UK institution to return one of the artifacts known as bronzes from Benin.

Jesus College announced in 2019 that it would return the Okukor, a statue that was taken from the Benin court in what is now Nigeria. British colonial forces took the artwork in 1897 and it was donated to the college in 1905.

The college removed it from public view in 2016 after students protested, saying it was a colonial narrative. The college set up a task force to examine the legacy of slavery, and the group concluded that the statue “belongs to the current Oba at the court of Benin”.

The Oba of Benin is the head of the historic Eweka dynasty of the Empire of Benin, centered on Benin City in present-day Nigeria.

The college said on Friday it would hand over the statue to the Nigerian National Commission on Museums and Monuments at a ceremony in Cambridge on October 27.

His Royal Majesty, Oba of Benin, Omo N’Oba N’Edo Uku Akpolokpolo, Ewuare II, declared that he was “indeed very happy and congratulated Jesus College for taking the initiative to restore the looting which took place in Benin in 1897”.

“We really hope that others will speed up the return of our works of art, which in many cases have religious significance to us,” he said.

Thousands of artifacts were looted after British Imperial troops occupied Benin City in 1897.

Hundreds of bronzes ended up in the British Museum in London, and hundreds more were sold to other collections such as the Ethnological Museum in Berlin. Germany has said it will return the items in its possession.

The British Museum has said it is not currently considering returning any part of its collection.

Have you subscribed to Grio podcasts, Dear Culture Where To act ? Download our latest episodes now!