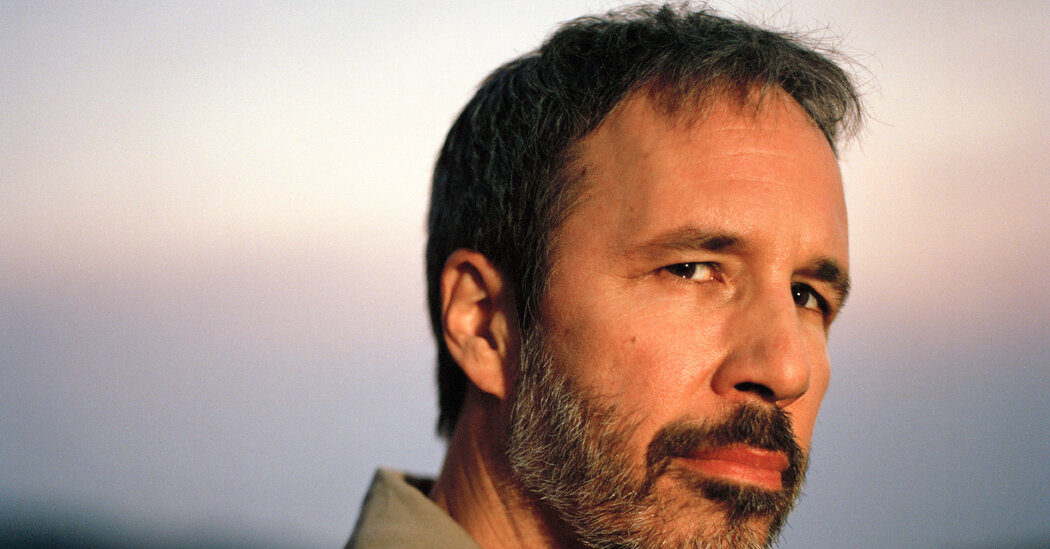 One day at school, Villeneuve was slapped on the shoulder. “See that guy over there?” another student informed him. “He’s crazy like you. He wants to do ‘Star Wars’ in his basement next summer. So I think you should meet him. Very quickly, he became the best friend of a child named Nicolas Kadima. Where other boys their age smoked weed and discovered girls and football, Villeneuve and Kadima were “incapable”. We were like movie monks. They spent their nights watching Eisenstein and Godard, were obsessed with Spielberg, Ridley Scott and Kubrick. They weren’t doing movies (“We were too lazy for that”), but they wrote scripts, drew storyboards – Villeneuve still has some that Kadima drew for “Dune” – and they were dreaming.

Villeneuve needed to shoot the film in real desert landscapes, he told me, “for my own sanity”.

“It was intense,” Villeneuve remembers fondly. “There’s something there that was, like, pure and beautiful in a way.” As soon as you pick up a camera, you learn humility. “But before that moment, you think you’re the next Kubrick.” He and Kadima stopped going to church, he told me, hoping to be excommunicated, but were “ready to donate our blood to the movie gods, like Coppola, like Spielberg, Scorsese.” (He admitted that nowadays, when he meets some of his idols, he is thrilled. He becomes a child again, he explained. “I can start to cry, sometimes. The first time I have met Spielberg, I cried – I mean, not in front of him, “he quickly adds.” But I cried. “)

He was expected to become a biologist, but decided to follow his interest in cinema. “There was something that had to come out,” he said, “and I would have been depressed if it didn’t come out, that’s the truth.” After studying communications and cinema at the University of Quebec in Montreal and winning a Radio-Canada film competition, Villeneuve began working in what he describes as the “beautiful laboratory” of Quebec’s documentary tradition. How does it feel, I asked him, to have strayed from his cultural and creative roots? – It’s a big wound, he said seriously. “I feel a crack in me.” But he felt he had to go. Until the 1960s, cinema in Canada focused on documentary form, he said, and fiction was relatively unknown. “I realized at one point that – and this is very arrogant,” he admitted – “nobody could teach me anything here, I had to go out. ”

Today, he says, living in Montreal but working in Hollywood, he is asked almost daily: “So, Denis? When are you coming back to make a movie here? We can’t wait to see a movie in French. But, he said, “the point is, I feel like I am at home.” It was American films that touched him when he was young, so much so that he was nicknamed Spielberg in school. It was only later that he became interested in European cinema. (Villeneuve discovered the French New Wave as a teenager after seeing François Truffaut in Spielberg’s “Close Encounters of the Third Kind”). My influences were more European. But at one point there was a point where I said stop this bullshit! This is not who I am! And when I realized that, it was so much freedom. The moment he realized that he was basically an American director “was the start of pure happiness. And that’s when I started having fun with cinema. I think I started making better movies. That’s where I started to become a real director, I think.

“I must not be afraid. Fear is the Mind Killer “is the most famous line from” Dune “. It appears on countless motivational posters, has been inked by tattoo artists in countless arms. It’s part of the litany of l ‘Order Bene Gesserit. Because fear erases thought, the litany holds, it must be mastered and rejected. But for Villeneue, fear is a generating emotion, and cinema is what he used and continues to use to overcome it. He sees the cinema – not only watching films, but also the act of making them – as the force that brings him out of his shell, puts him in contact with other people. Without cinema, me he said, he could easily be trapped in a hole with the door closed, afraid of the world. “It brings me,” he said, “comfort.” His brow furrowed. , or … I don’t know what is the right word. “He sounded worried.” Comfort? What does that mean, comfort, exactly? He searched this on his computer. It was the right word, of course.

Risk and danger are, for him, intrinsic to creation. One of his favorite films is a 1956 documentary titled “Le Mystère Picasso” by French filmmaker Henri-Georges Clouzot. It was “like a bomb in my soul,” he told me. In this one, a shirtless Picasso, then in the mid-1970s, painted on a screen filmed from behind so that the artist is invisible, and we only see the work being born, line by line, stroke. brush by brush stroke. “He can do a painting and add something, then add something, and add something, then he says: it’s a piece of [expletive] – and we’re talking about three weeks of work – and then he destroys it, and does it again, 20 times. Watching him moved him deeply. “Because it shows that creativity is an act of vulnerability, where your path to success is narrow, and you have to allow yourself to be experienced.”