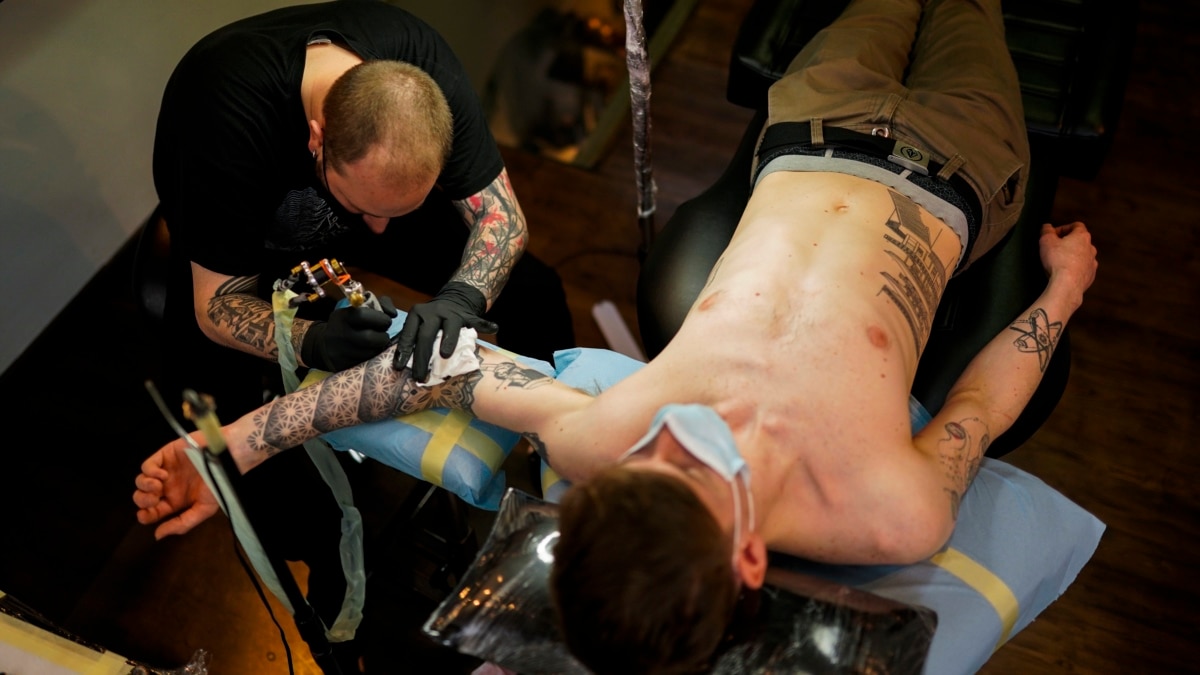 Tattoo artists say their art will lose much of its color, and the profits of their businesses, because of new bans on certain chemicals. European Union (EU) laws came into effect on January 5. Thousands of chemicals used to make many ink colors are now illegal to use.

The EU says the restrictions help protect public health. Officials say banned chemicals may be linked to cancer and allergies.

In Amsterdam, Tycho Veldhoen has worked in the industry for 25 years. He says he’s worried that the loss of color will have a huge effect on his work. And, he expects the damage to increase next year as more inks are banned.

Tattoo artists in the EU have had a difficult two years since COVID-19 hit with restrictions and lockdowns. Now they say a perfectly preventable crisis is hitting them even harder.

“There should have been a lot more preparation,” said Veldhoen.

However, the EU does not agree that there has been a failure in the preparation. He says he started working with experts on the issue in 2016. The EU announced more than a year ago that January 5, 2022 was the start date for measures.

EU spokesman Eric Mamer said it was not a surprise or something completely new. He called it a “generalization of practiceIn the group of 27 members.

The EU says there are legal substitutes for banned inks. However, tattoo artists say these products are moving too slowly from manufacturers to tattoo companies.

Angelo Bedani works for the Boucherie Moderne in Brussels, Belgium. He said the new inks were available just a week ago, adding that “a bottle costs double that” before the ban.

The EU estimates that around a quarter of all 18-35 year olds in Europe are tattooed. It is said that in the general population around 12% of people are tattooed.

The European chemicals control agency ECHA said cases of allergies and inflammatory skin reactions “should decrease with restriction”. He also said it could also reduce cases of more serious health problems, including cancer.

Michl Dirks is an artist working to end the restrictions. His “Save the pigments” petition has already garnered signed support from 176,000 people.

Dirks says the ban is not backed by medical science. He also disputes the manner in which the measure is carried out.

Erich Maehnert, co-organizer of Save the Pigments, said such bans unfairly harm the industry as people will seek to purchase the products illegally. He predicts that product safety and security will suffer.

Others say the small tattoo industry is easily targeted, while the tobacco and alcohol industries still have much more influence.

The two men are already preparing for the next battle. So far the colors Blue 15 and Green 7 can be used until next year as there is no other choice to replace them.

In the Netherlands, Veldhoen is not satisfied with its current ink choices. “A rose with brown leaves is much less attractive than a rose with green leaves, ”he said.

I am Grégory Stachel.

Words in this story

tattoo – not. a picture or word that is drawn on a person’s skin using a needle and ink

ink – not. colored liquid used for writing or printing

allergy – not. a medical condition that makes someone sick after eating, touching, or inhaling something that is harmless to most people

practice – not. the act of doing or using something

inflammation – not. a condition in which part of your body becomes red, swollen, and painful

petition – not. a written document that people sign to show that they want a person or organization to do or change something

attractive – adj. have a pleasant appearance