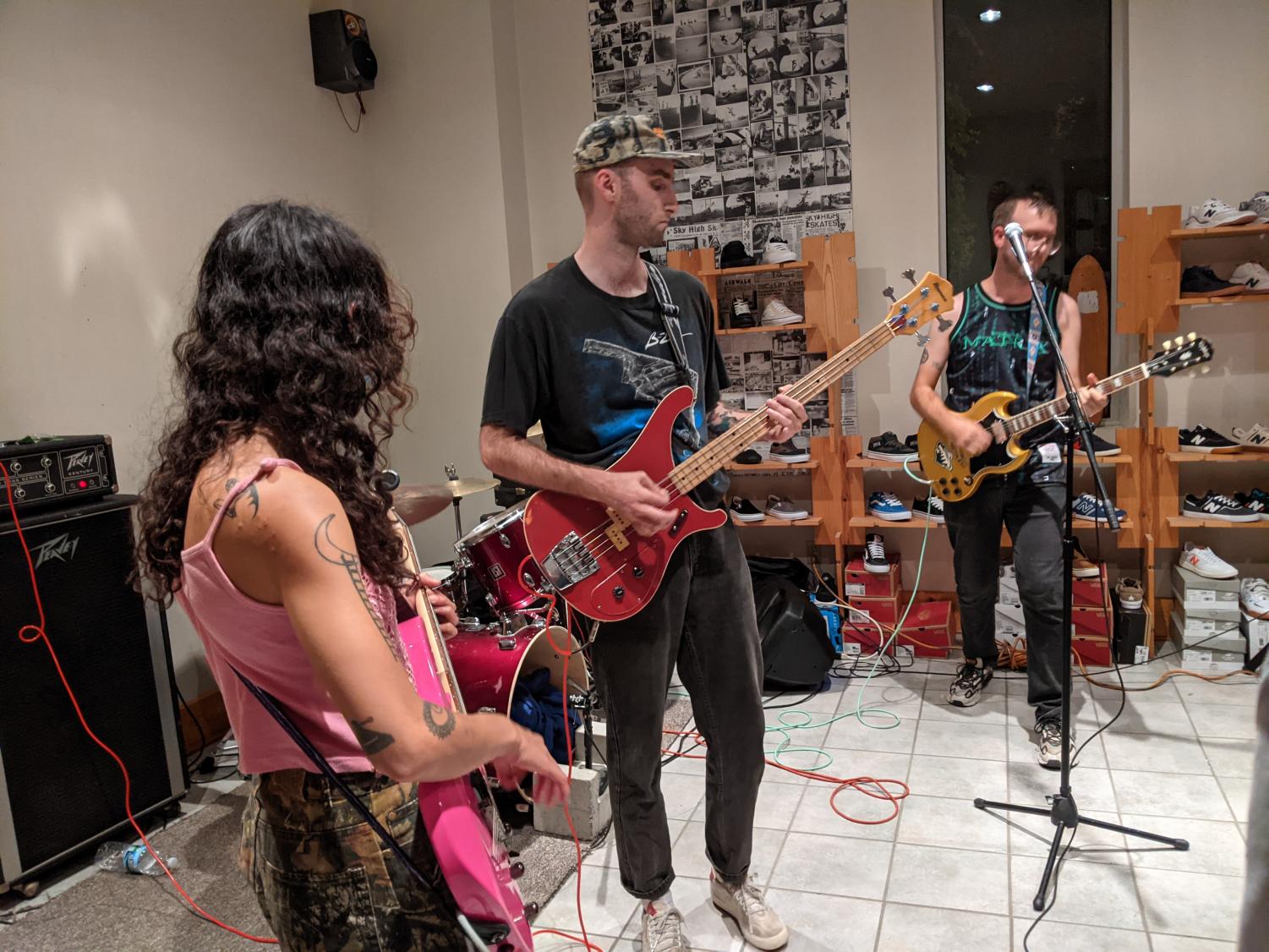 Hotline TNT is the nickname of Will Anderson, the creative mind behind the band. He recruits friends to accompany him on tour.

I had the pleasure of seeing Hotline TNT play on September 14th at the Sky High Skate Shop in Bayview. They played a few tracks from the new album at the show.

“Had 2 Try” is the first song on the album. The track begins with a dissonant guitar playing that unfolds in a fuzzy and muddy atmosphere.

The second song, “Stampede”, is another highlight of the album as it is one of the most passionate tracks. During this song, Anderson confesses his gratitude for his relationship and the lessons he learned along the way.

Although this song is more emotional, it has the same heaviness as that of the previous song. The main synth notes of the song are a key part of this track. Most of Hotline TNT’s catalog has been simple guitar music.

This song incorporates new textures that were not present on the previous versions. Hotline TNT uses the synth line from this song to create a strange atmosphere, comparable to an otherworldly experience.

“Nineteen In Love” is a simple title for this record and it’s a nostalgic reminder of a relationship Anderson had years ago.

“Slider” features faster guitars with a continuous relaxed vibe. However, the chorus erupts with an expressive vocal melody and chord progression.

Reading the lyrics to this song, it looks like Anderson is trying to let go of a previous relationship in order to move past it. The opening lines of the song are, “Don’t think you’re ever sorry, but I’ll let it go.”

“Floor Tom” is another of my favorite songs on this album. The opening guitar parts almost sound like something you might find on a Duster record.

However, it does not last long. Muddy, overdriven guitars come in shortly after the introduction with traditional soundscapes associated with the band.

The end of “Floor Tom” is the best part of the song. The guitar melody contrasts perfectly with the thundering guitar chords played throughout the song.

I can’t help but realize the emphasis on the melody, compared to the band’s previous efforts. Anderson has always created rising vocal melodies on Hotline TNT releases, but “Nineteen In Love” takes that to a new level.

“Nightlighter” has a similar vibe to “Had 2 Try”, as the song unfolds with distorted guitars that you’d probably find on a Hum record.

This album presents a perfect contrast of heaviness and vulnerability. Some songs are on the aggressive side of things, while others are straightforward pop songs.

“Nightlighter”, “Had 2 Try” and “Floor Tom” are heavy sounding outliers. The rest of the record is a straightforward pop effort by Hotline TNT.

Less intense songs are still thick guitars, but they’re just more emotional. It is clear that Hotline TNT wanted to experiment more on this record and create new atmospheres. Especially with the song “4-HT”.

It is – by far – one of the best records of this year. “Nineteen In Love” has the traditional Hotline TNT flavor, while incorporating refreshing musical ideas.

Hotline TNT will be on tour with Snail Mail and Spencer this. Winter. Find them at the Turner Hall Ballroom in Milwaukee on December 7 or at the Majestic Theater in Madison on December 8.