If you haven’t heard it already, Lego business is running wild. In fiscal 2020, sales increased 13% to A$9.04 billion, while profits jumped 19%. Part of this earnings growth is because many see Lego as a great financial investment, with an 11% annual appreciation seemingly outpacing many stocks and commodities.

I have to say that I have been a huge Lego fan since childhood. Fatherhood now gives me a plausible excuse to wander down the Lego aisle, though the realization that my toddler would destroy all the builds (usually) is enough of a deterrent to buy anything.

Along with its traditional themes such as city, castle and space, Lego has also been busy producing a wide range of licensed products. Star Wars and Harry Potter have long been staples of the Lego range, alongside incredible vehicles like the Bugatti Chiron or the BMW R1200GS.

A more recent trend has been licensed sets implementing sets from a wide range of classic and current television shows. Whether it’s Doctor Who (as Whovian, I have this one), Stranger Things or Friends.

It looks like Lego has now run into a problem with one of its latest sets, which allows the Queer Eye TV show. The new set includes a reproduction of a leather jacket that was custom made for actor Antoni Porowski by designer James Concannon. Apparently, Mr. Concannon has now filed a lawsuit against Lego for copyright infringement in the US District Court for the District of Connecticut in relation to this jacket.

The jacket contained in the Lego set is not identical to Mr. Concannon’s design, as these images from the court documents show:

However, it is alleged that the Lego jacket copies the jacket’s “unique placement, coordination and arrangement of individual artistic elements”.

how would an australian court deal with the lego dispute?

As Mr. Concannon’s lawsuit was filed under US law, I will leave a direct comment for those who are experts in US copyright law. My interest is, how would an Australian court deal with such a lawsuit, especially since the Queer Eye set is currently sold in Australia?

If Mr Concannon’s jacket was indeed reproduced without his consent, then it is likely that an Australian court would rule in his favour. Copyright infringement requires that there is an original work in which the copyright exists and that a substantial part of that original work has been reproduced without consent. Although the images on the Lego jacket are different in detail from Mr. Concannon’s original, it’s pretty much the exact same situation when Cotton On Clothing allegedly infringed the copyright of the t-shirt design. Elwood Clothing. 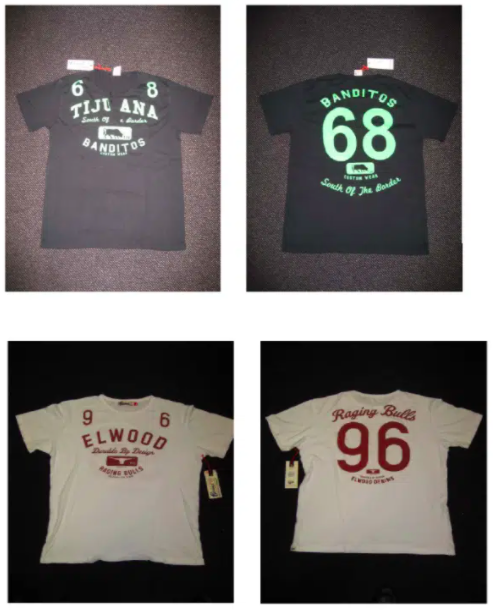 On appeal to the Full Court of the Federal Court of Australia in 2008, the Court held that (at paragraph 76):

“[T]he layout and elements mentioned by His Honor that gave rise to the “look and feel” and resulted in the creation of an artistic work were matters of expression, not simply matters of idea or concept. Look and feel are born out of the selection, arrangement and style of the elements considered as a whole.

The Full Court found that Cotton On had taken Elwood’s layout, selection, arrangement and style with the intention of creating the same look and feel. It is important to note that the court held (at para 78):

“Even though the logo and numbers were different, taking the layout and other elements of expression that created the desired ‘look and feel’, Cotton On took a substantial part of the copyrighted work. ‘author.”

It is hard to imagine that an Australian court would treat Mr Concannon’s claim any differently.

Importantly, while US copyright law includes a general “fair use” exemption that could protect Lego, the Australian Copyright Act 1968 does not. Instead, Australia still relies on a number of specific exemptions, despite the Productivity Commission’s 2016 recommendation in its final inquiry report into intellectual property arrangements to adopt a “fair use” exemption.

If you plan to reproduce another person’s copyrighted work, whether a facsimile reproduction or a look-and-feel reproduction, you need to determine if it will infringe copyright. Malicious intent is irrelevant to the question of infringement, only to the quantum of damages.