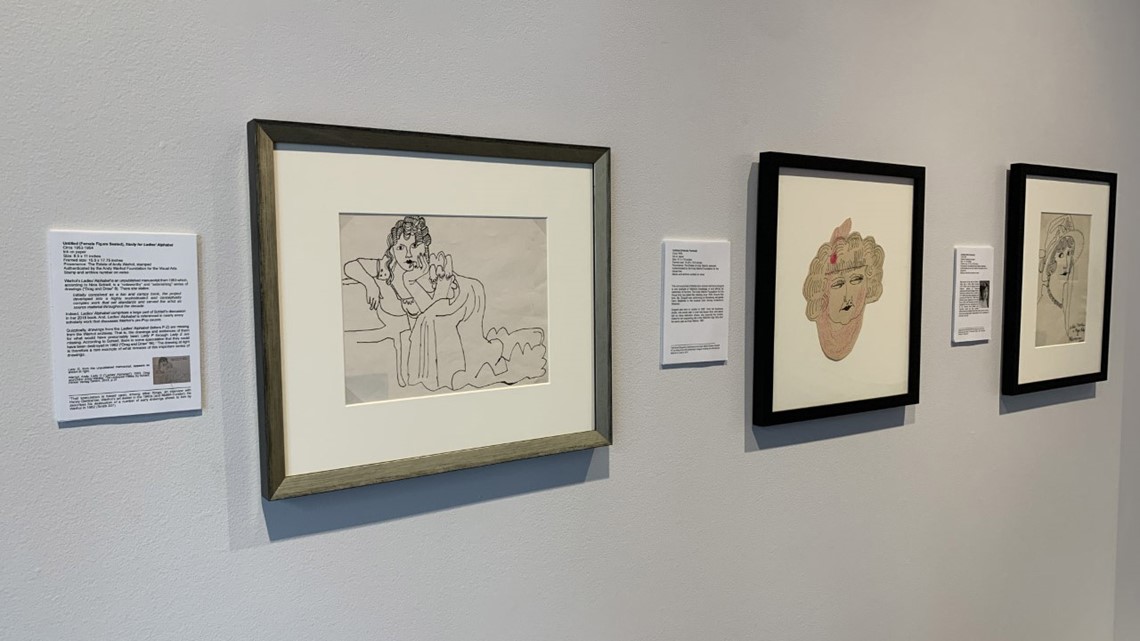 The exhibition opens on Friday, which would have been Warhol’s 93rd birthday.

INDIANAPOLIS – On Friday, the Long-Sharp Gallery inside the Conrad Hotel in downtown Indianapolis will showcase dozens of Andy Warhol’s works of art that have never been seen by the public.

The exhibition opens on Friday, which would have been Warhol’s 93rd birthday.

“I hope people come because of the name, but I hope they stay because of what we’re trying to do, to provide education about it. Things they might not know. “said gallery owner Rhonda Long-Sharp. “People know his portraits of Marilyn Monroe, but maybe they don’t know that side of him and we are trying to develop education about him.”

Warhol’s artwork features drawings from the 1950s and photographs he took, mostly of celebrities, in the 1970s and 1980s.

“He’s with all these people and he doesn’t interact that much, he records,” said Long-Sharp, a fan of Warhol’s work since the ’80s.

The parts are for sale, but there is no price tag on the work. Long-Sharp said selling the artwork was not his mission.