Last month, Surrey City Council approved a 2022 budget that includes an investment of $ 10.2 million in the TransLink bus stopover project for downtown Surrey.

It will be located at 10262 133a Street – the northeast corner of the intersection of 133a Street and 102a Street, immediately west of the Simon Fraser University Sustainable Energy Engineering Building (SFU ). The site is currently used as a gravel parking lot.

This is a facility required to replace the existing bus parking space at the SkyTrain Surrey Central Station bus loop just east.

The City of Surrey is moving forward with the bus rest facility as the existing bus loop and adjacent surface parking will be redeveloped as part of the Center Block building master plan for the heart of the downtown. 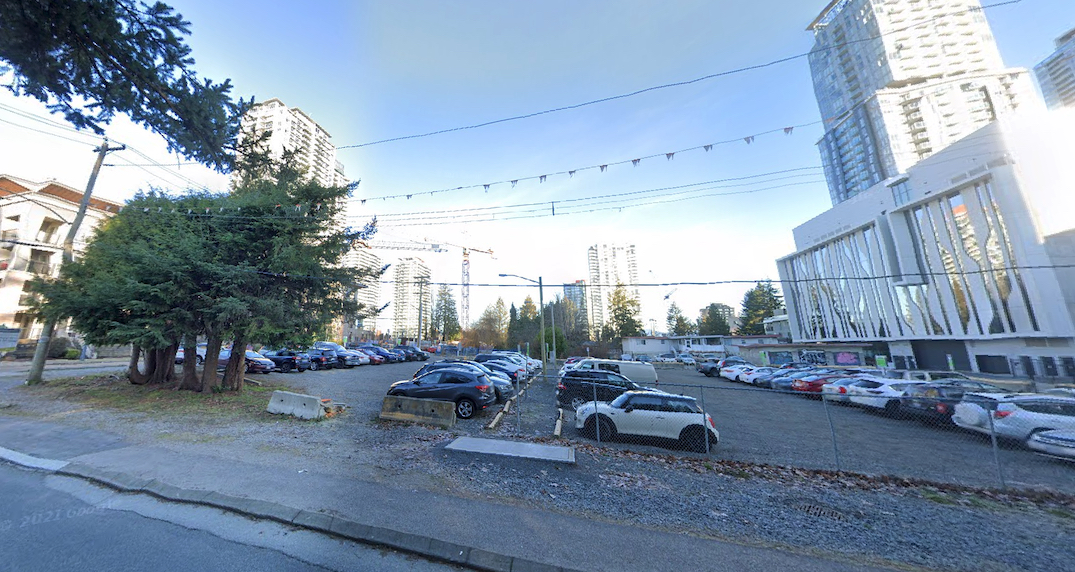 The North Surrey Recreation Center, just north of the existing bus loop, is set to be redeveloped by the municipal government into a large commercial project, featuring a 738-foot-high, 47-story office tower – one of the future tallest buildings in Metro Vancouver – and a 328-foot-tall, 19-story solid wood office tower.

The Center Block bus loop and surface parking lot are expected to be sold to SFU for a major expansion of its university campus in the area. The master plan provides for a 20-stage and an 11-story tower with a combined 750,000 square feet of office and institutional space. 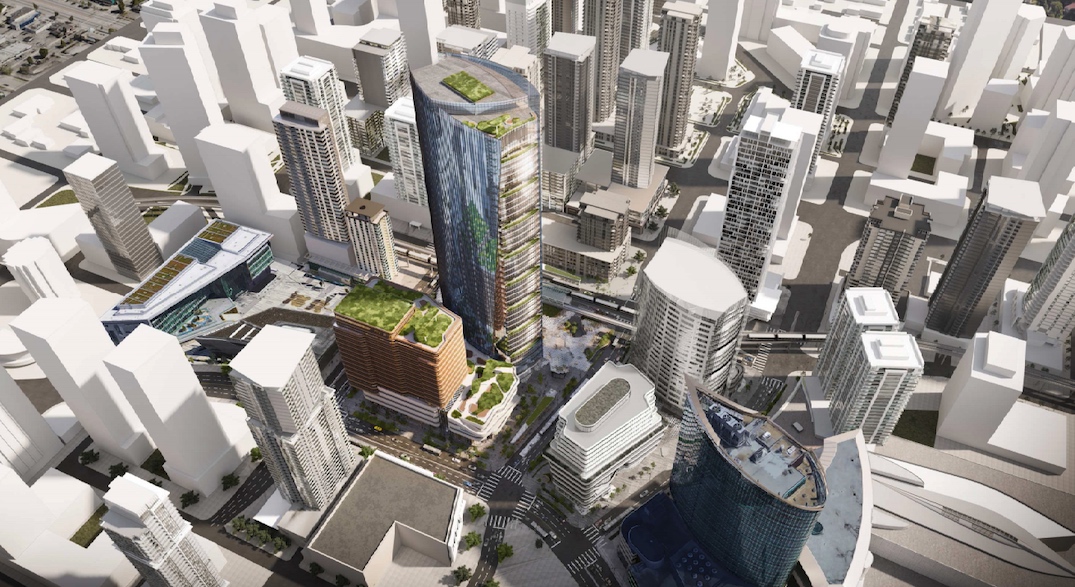 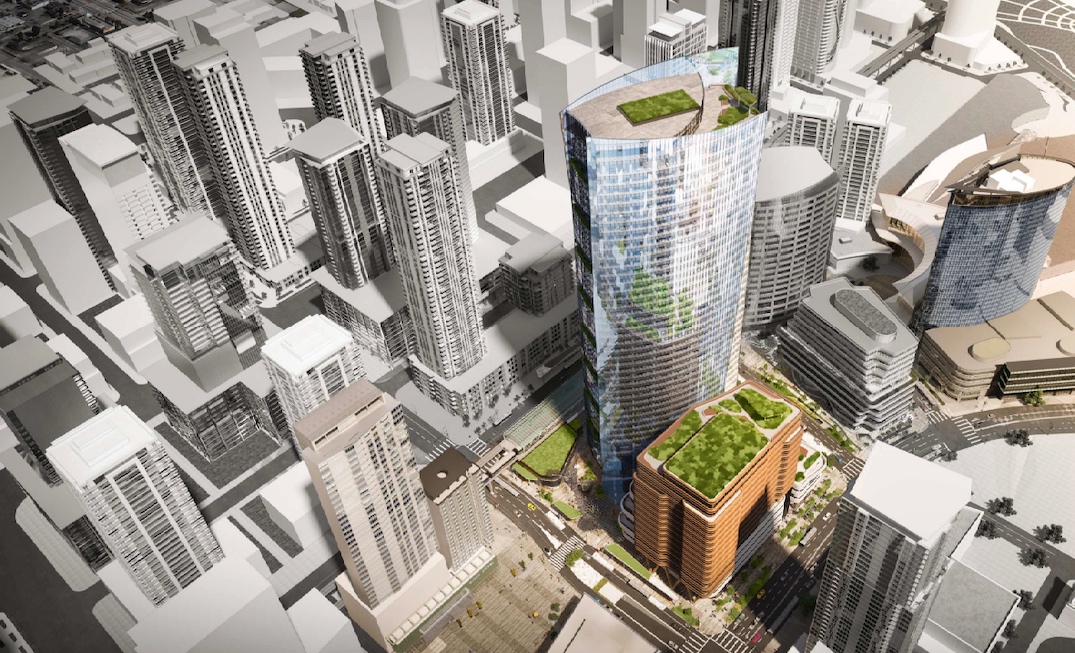 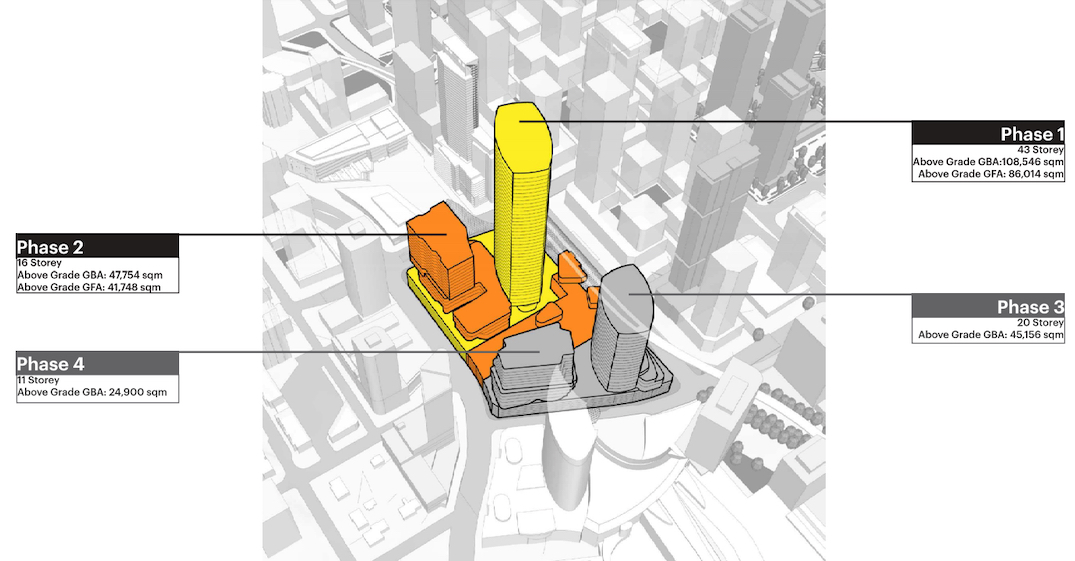 “The Center Block will support future investment and growth as well as the achievement of broad public goals, including integration with transit infrastructure, the creation of new open public spaces and the establishment of a iconic destination which will contribute to Surrey’s identity as the region’s next great center ‘reads the budget document.

â€œTo move Center Block forward, the City is working on the construction of a new bus stopover facility just west of University Boulevard, which will take the existing bus interchange out of service. and give the City the option of acquiring a portion of this currently encumbered land and incorporating into the Center Block development application.

The new bus stopover facility provides not only a replacement facility, but also an expanded facility, given the current limitations of the existing bus loop.

The bus loop will be replaced with a new on-street bus interchange in the Center Block, with passengers disembarking on the north side of 102nd Avenue (westbound) and boarding on the south side of the avenue. Central (eastbound) across from Civic Plaza.

The first concepts created about ten years ago for the stopover facility for buses suggest that it could be covered to reduce noise and visual impacts in the increasingly urbanized area. In addition to the SFU sustainable energy engineering building constructed in 2019, the facility will be surrounded by residential developments, including an upcoming 26-story condominium tower immediately to the north.

In addition to amenities for TransLink drivers, such as a lounge and washrooms, the bus rest area could potentially be incorporated into a future mixed-use development, with floor space above the covered parking lot for the buses. A potential example is the TransLink bus stopover facility built in 2019 serving the University of British Columbia bus interchange, where the roof of the adjacent bus stopover facility serves as a platform for the Exchange student residence with 651 beds. 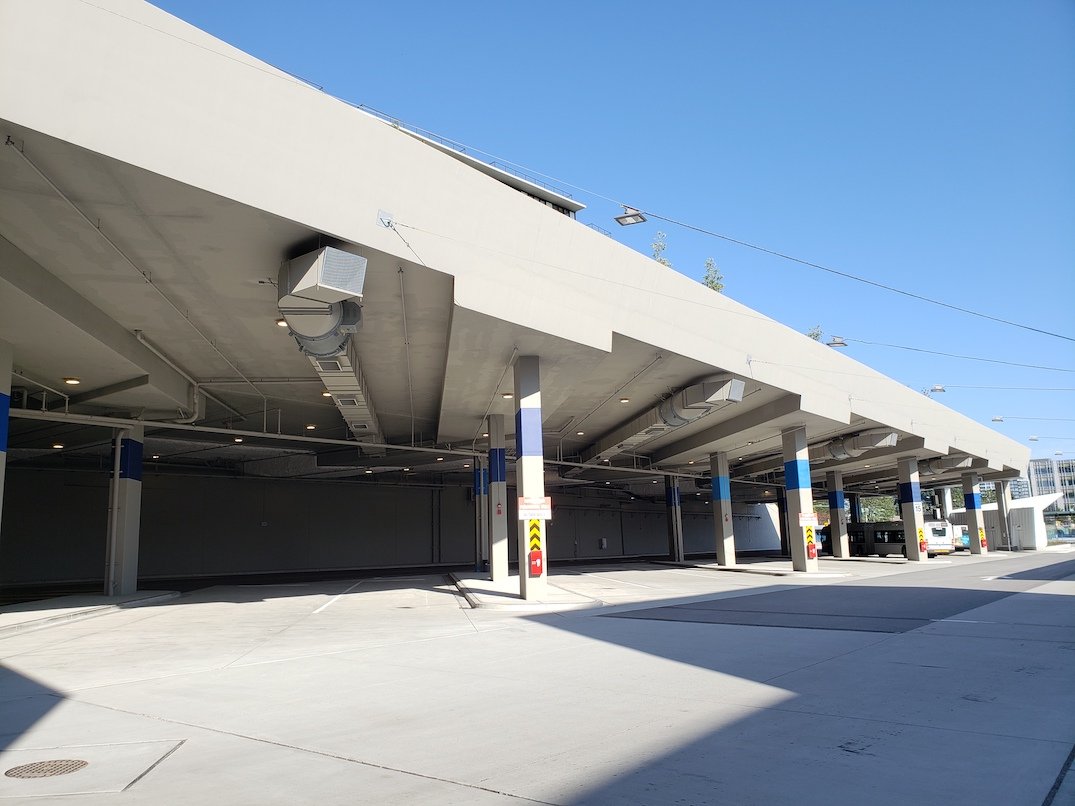 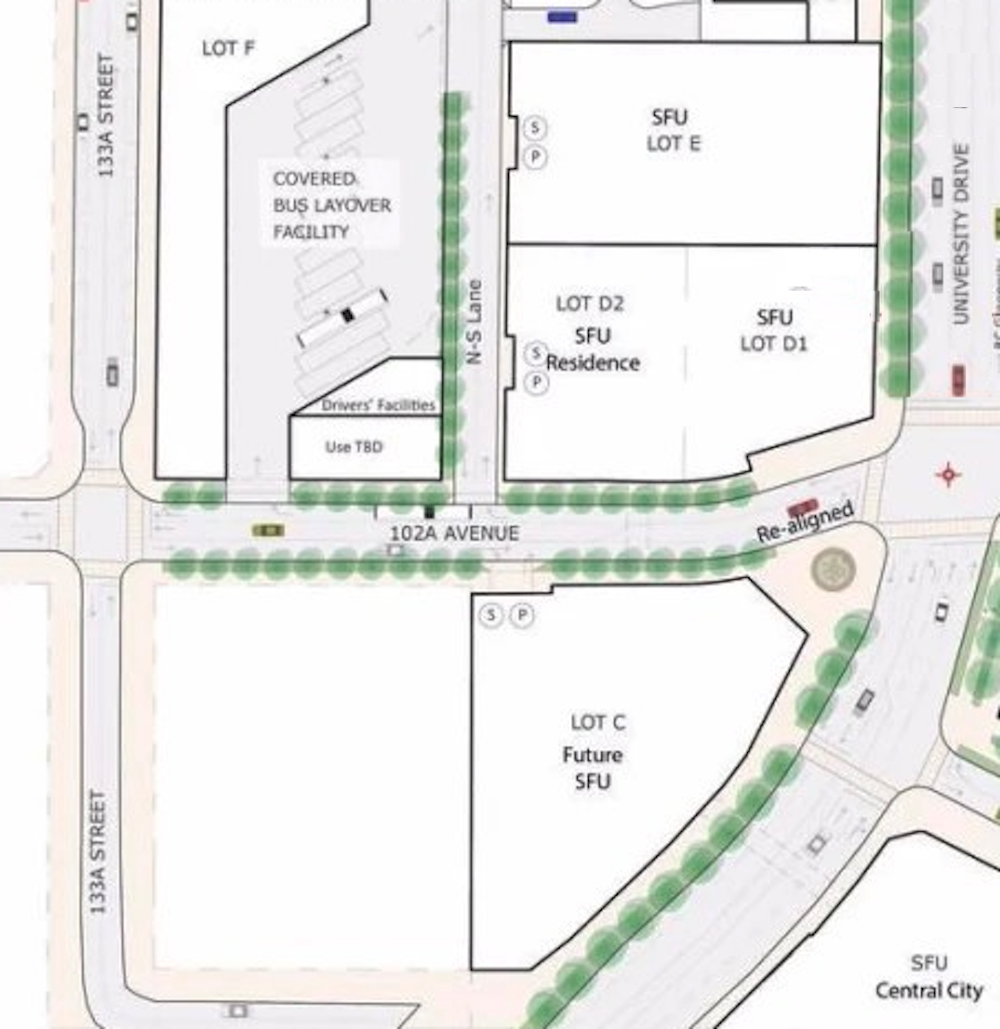 First prior concept for the area around the Center Block in downtown Surrey, including the new stopover facility for buses. (City of Surrey)

As part of the five-year 2022-2026 capital plan, the City of Surrey’s total contribution to the new bus parking facility is $ 10.2 million, with the total investment to be made in 2022.

At the end of 2019, TransLink completed a new stopover facility for buses serving Guildford Bus Exchange.