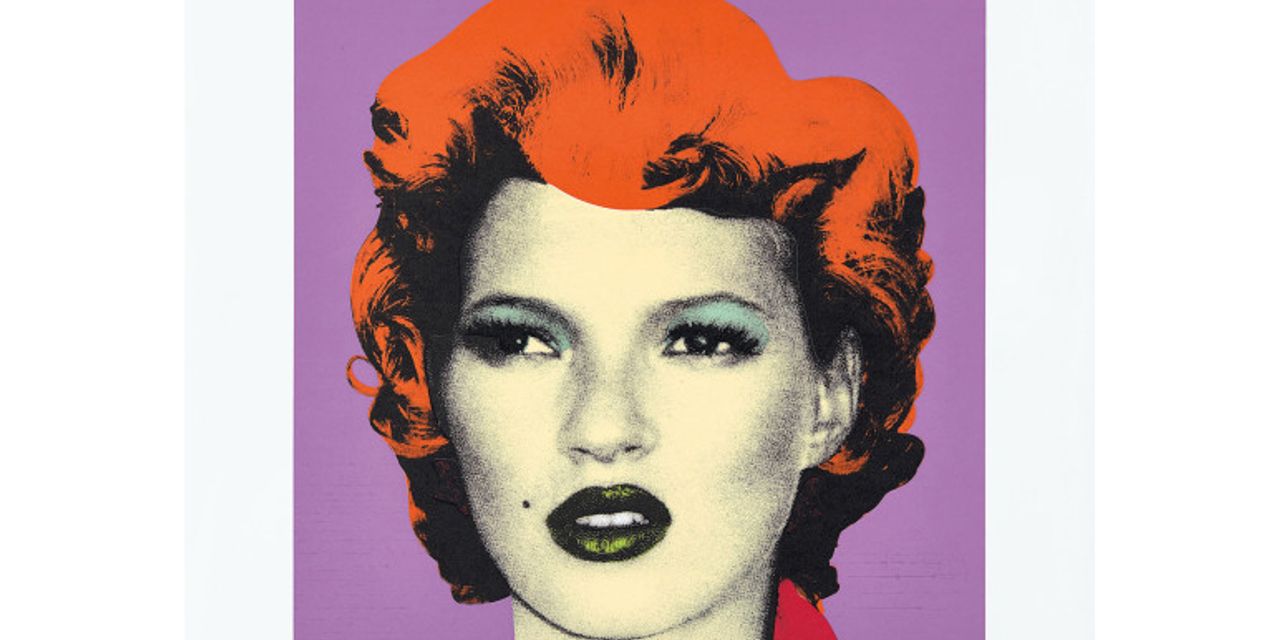 Signed and dated 2005 by the anonymous British artist, the portrait depicts Moss, 47, with bright orange hair color against a purple background. It pays homage to Andy Warhol’s iconic portraits of Marilyn Monroe, two of which will also be offered for sale.

Banksy uses the portrait of Moss with the same intentions as Warhol: the commodification of visual icons. Not only does Moss resemble Monroe’s most distinguished physical attributes, but the portrait’s solid, contrasting tones also evoke Warhol’s Pop aesthetic, Phillips said in the description of the lot.

A total of 355 lots will be offered during the Wednesday evening sale followed by the Thursday day sale. Other contemporary works represented in the sales include artists Francis Bacon, Damien Hirst and David Hockney.

“Exploring a wide range of key periods in art history, our January auctions will also feature works by modern masters such as Pablo Picasso and Henri Matisse to offer next-generation collectors the opportunity to acquire fantastic examples of work by top and emerging artists,” said Rebecca Tooby-Desmond, sales manager and auctioneer at Phillips London, in a statement.

Bacons bullfighting mirror, 1990, will be offered with an estimate between £30,000 and £50,000. The sale coincides with the opening of the Royal Academy exhibition Francis Bacon: Man and Beastst, which will run from January 29 to April 17.

Highlights are available to the public at Phillips Galleries in Berkeley Square, London, until Thursday.

Christie’s evening sale sets records even as it fetches $103 million in total – ARTnews.com