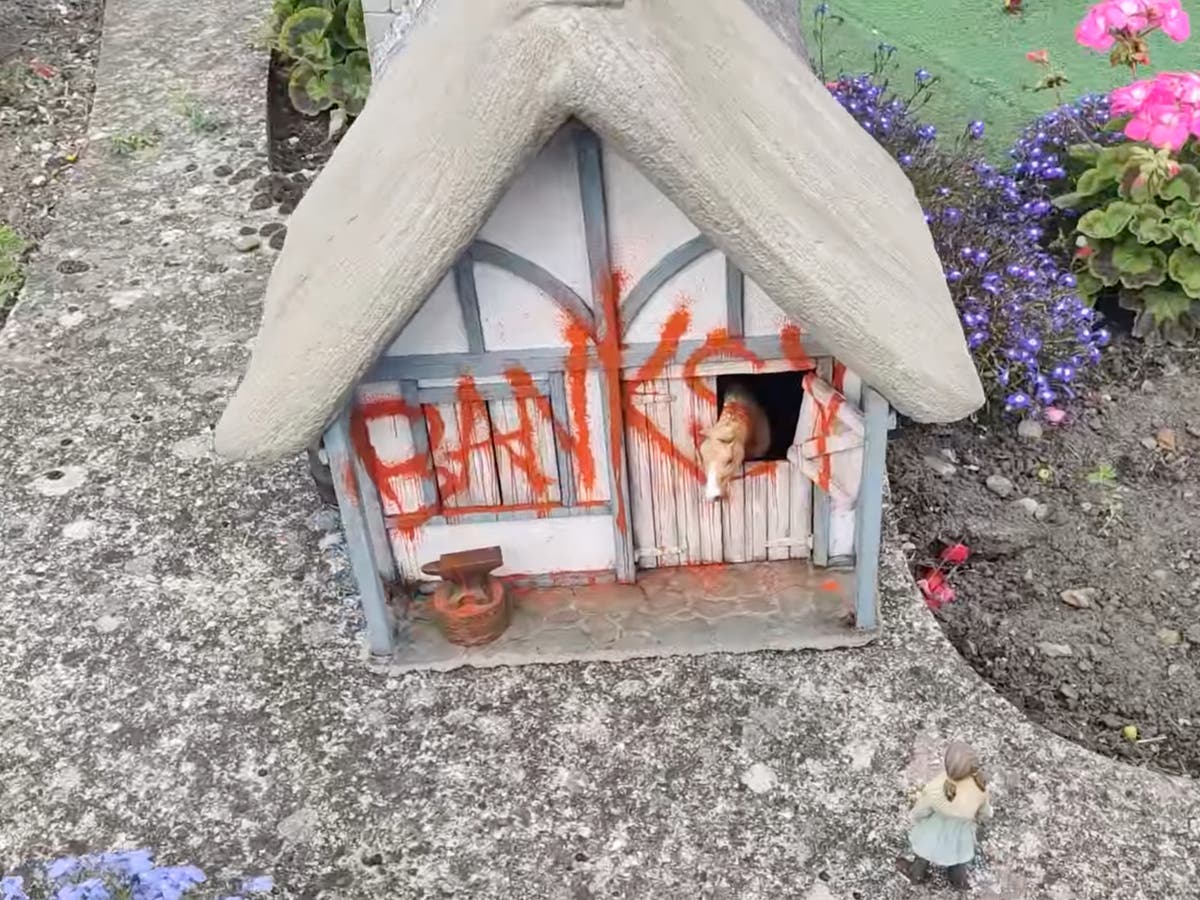 A new work of art, appearing to have been made by Banksy, has appeared in a model village in Great Yarmouth.

On Sunday August 8, visitors to the Model Village of Merrivale in the city of Norfolk spotted a new miniature building among the reconstruction.

The little stable features the phrase “Go big or go home” on one side, in red spray paint, and Banksy’s name on the other.

It also features a rat sitting on a wheel, a motif that has appeared repeatedly in the elusive artist’s work.

Model Village owner Frank Newsome has confirmed BBC News that the building did not belong to the model village.

“I’m a layman, but we Google it up and it looks genuine, so we’re now trying to determine through Banksy’s website whether or not that’s the case,” he said. .

On Friday August 6, more Banksy-style artwork was unearthed in the nearby town of Lowestoft, showing three children standing in a boat that appears to have been made from a piece of scrap metal.

Another showed a child near a dug sidewalk, while two other works in Gorleston and Great Yarmouth showed people dancing on a bus shelter and an arcade-style claw machine.

Banksy hasn’t claimed any of the works yet, but we can expect to check them out on his Instagram if they are his.

Great Yarmouth Borough Council chief executive Sheila Oxtoby said BBC News: “We are just as intrigued and curious as everyone else to know if these are genuine Banksys. It would be great to think they were, but we really don’t know.