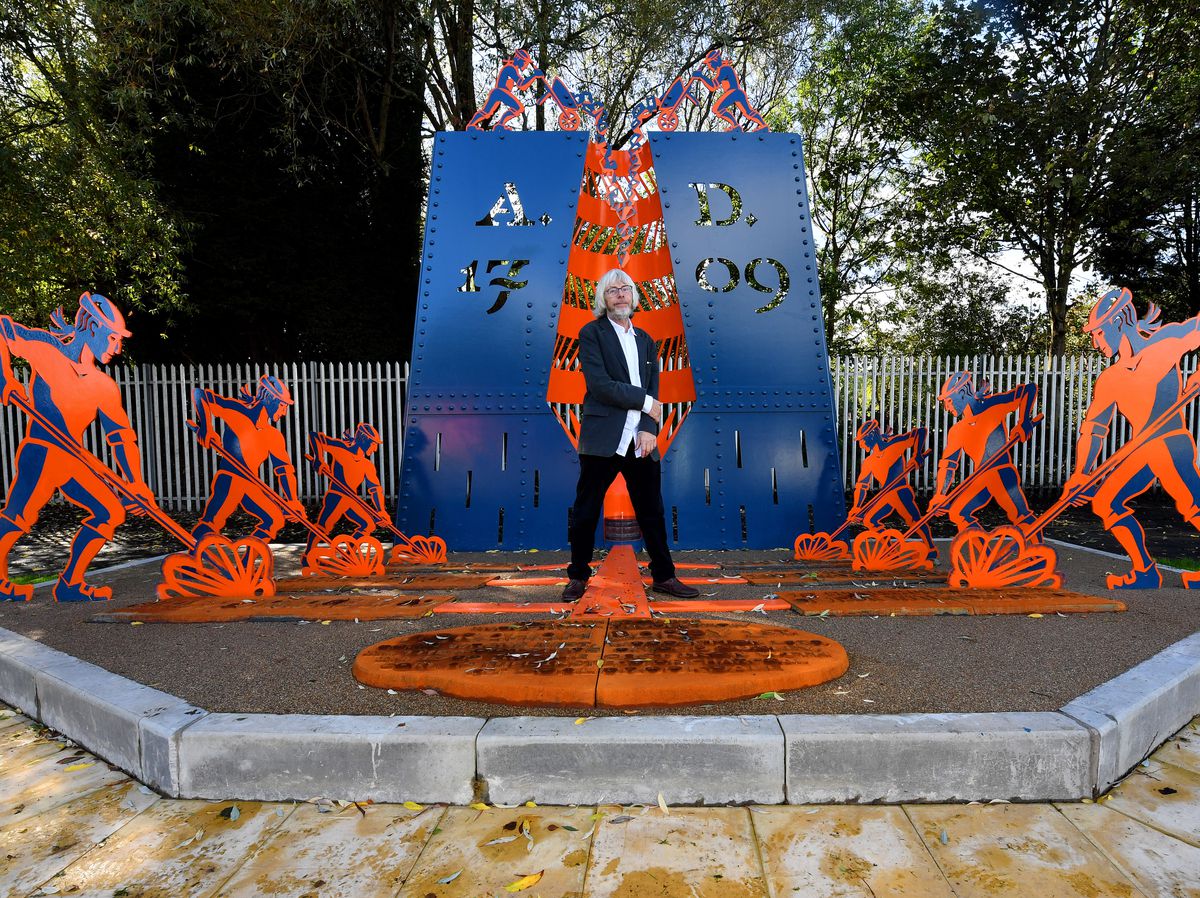 Abraham Darby was born in the late 1600s at Wren’s Nest in Woodsetton, Staffordshire, now part of Dudley.

He then developed a method of producing pig iron in a blast furnace fueled with coke rather than charcoal.

This process marked a major breakthrough in the production of pig iron and made it possible to manufacture thin castings that could compete with brass in the manufacture of pots and other hollow articles.

He and his successors would also play a major role in the industry of Coalbrookdale in Shropshire.

Now the work, by Steve Field, the borough artist for Dudley Council, has been installed at the junction of Sedgley Road and Birmingham New Road.

Keiran said: “This sculpture is really a showcase for the businesses that we still have in Black Country and Dudley.

“The first Abraham Darby is known as the father of the industrial revolution and few people realize that he was born in the region.

“As far as we know there is no other memorial to him and I think the fact that he was born locally and what he accomplished has largely gone unnoticed.

“The Trust has raised funds for many local projects such as improving green spaces and bridle paths.

“Many companies wanted to get involved and volunteered to sponsor the memorial statue.

“If it hadn’t been for Abraham Darby and his discovery, many companies might not have existed.

“The setting of the memorial is very important and it will serve as a gateway to where Darby was born.”