Rick and Sue Gates pose in front of their Oly’s Mini Donut Express food trailer at the Houston County Fair in Caledonia, Minnesota. Oly’s is a vendor at the fair, which started Wednesday and ends today. 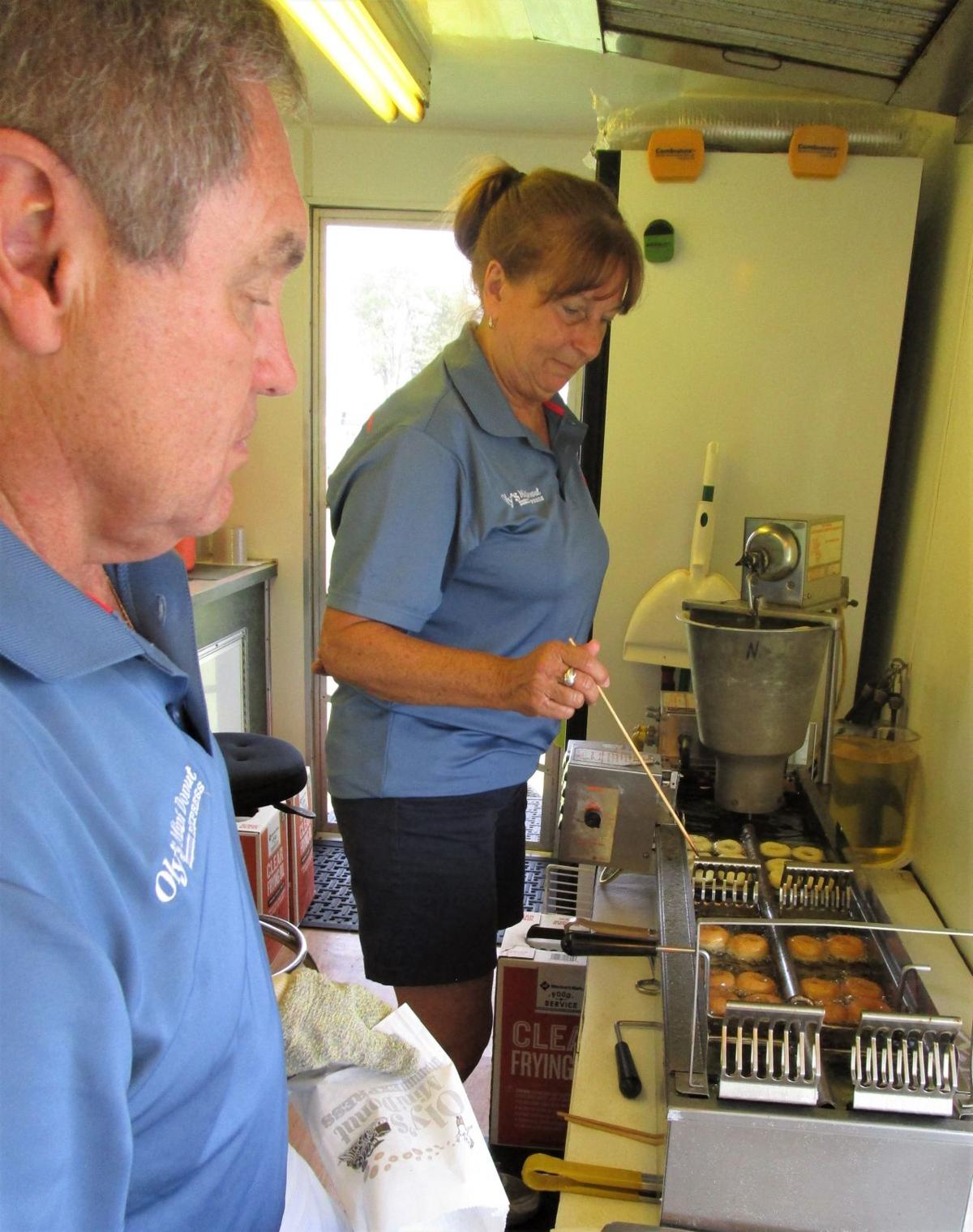 Rick Gates prepares to wrap mini donuts, while Sue Gates tends to a batch that bakes in Oly’s deep fryer. 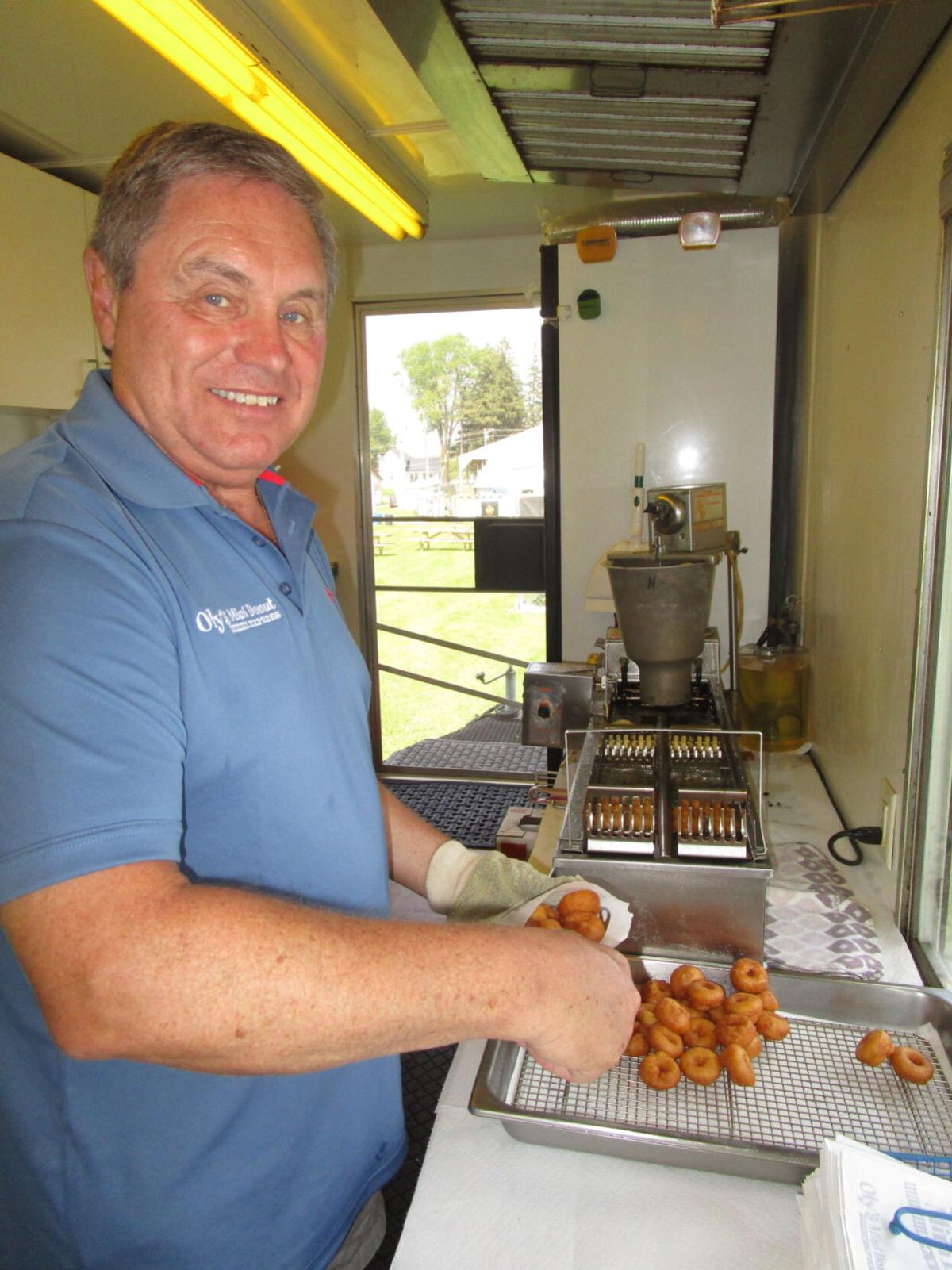 Rick Gates fills a paper bag with mini donuts fresh out of Oly’s fryer at the Houston County Fair.

The return this summer of area festivals, fairs and other events that were canceled last year due to the COVID-19 pandemic has made for a good season for Oly’s Mini Donut Express.

The mini donut business that Rick and Sue Gates have owned since 2008 is again a vendor at the Houston County Fair in Caledonia, Minnesota, which started Wednesday and ends today.

The Gateses serve up their mini donuts, lemonade, nachos, bottled water and Gatorade from the Oly’s food trailer. “I think we’ll be open from 10 am to 4 pm” on the last day of the fair, Rick said Wednesday, as he and his wife prepared to open for the day.

Oly’s will also likely set up in the Castle Realty parking lot along Highway 16 in La Crosse for a few days in September. This is where it was open for most of last summer, usually Thursday, Friday and Saturday mornings.

Earlier this summer, the mini donut business was a vendor at events such as June Dairy Days in West Salem, Sparta Butterfest, La Crosse Interstate Fair in West Salem, Houston Hoedown Days in Houston, Minn. , and Ashley for the Arts in Arcadia.