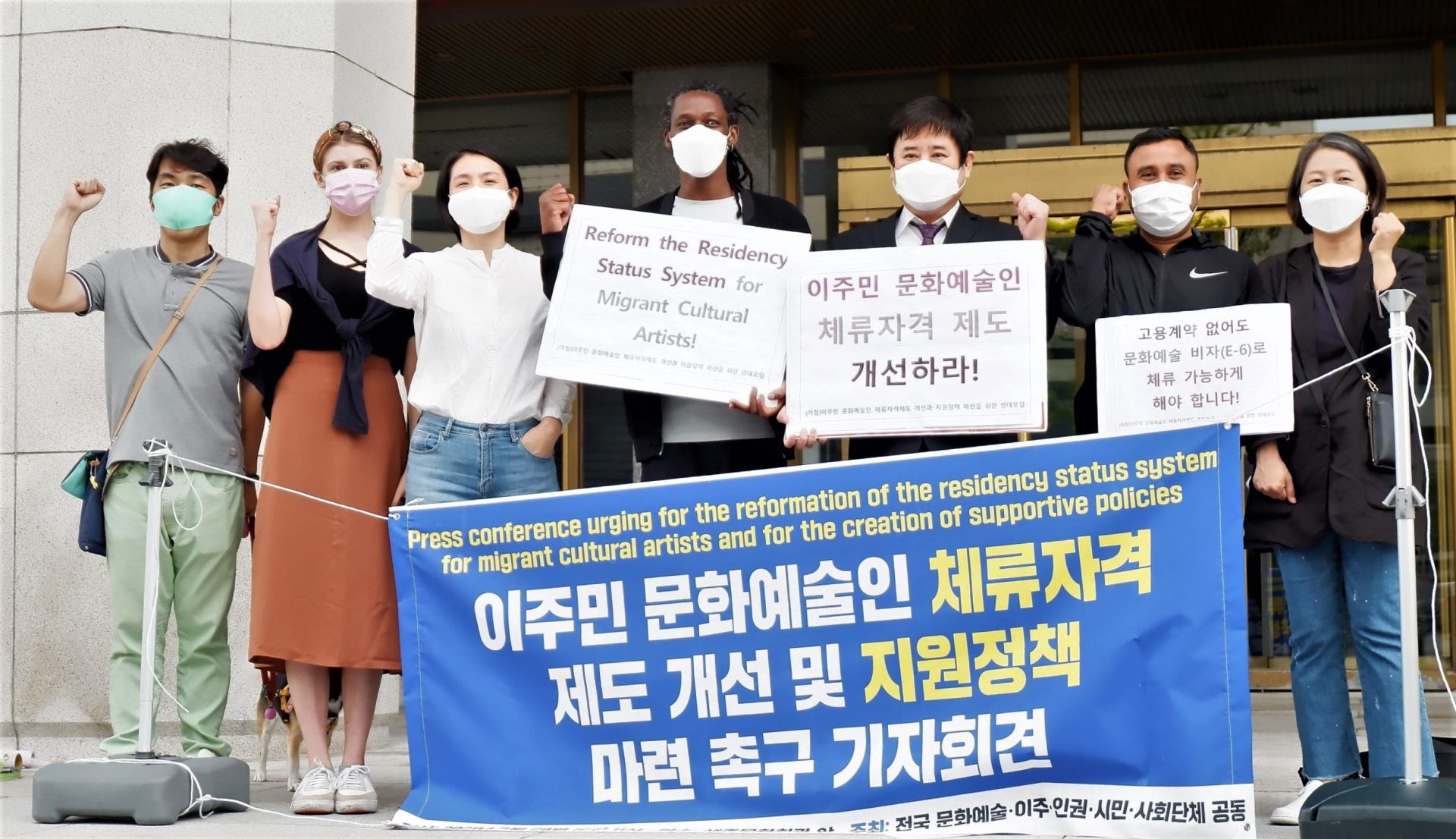 A committee for the reform of the status of residence system for migrant cultural artists held a press conference on September 29, 2021 in front of the Sejong Center for the Performing Arts, Gwanghwamun Square in central Seoul, calling on the Korean government to establish supportive policies. .

According to the committee’s press release, it has been more than 30 years since immigrants entered the country. The number of foreigners residing in Korea is currently 2.5 million, or 5% of the total population. Immigrants of different roots and origins, while spreading their own culture, acquire the culture of their new home and create a new culture. Recently, the activities of migrant creators of culture and art have increased, but so far the government has not put in place any policies to support them. These artists do not even have a legitimate means of guaranteeing their residency in the country as professional artists.

One of the organizers, Kyong Ju, Park, CEO of a social enterprise known as the Salad Theater Company, a performing group made up of multinational migrant artists and a member of the Korea Arts Council, said the goal of the committee is to improve the system so that migrant artists living in the country can obtain a status of residence (visa). As a result, they can engage in creative cultural and artistic activities just like Koreans and receive equal treatment as artists, by implementing supportive policies for migrant artists. 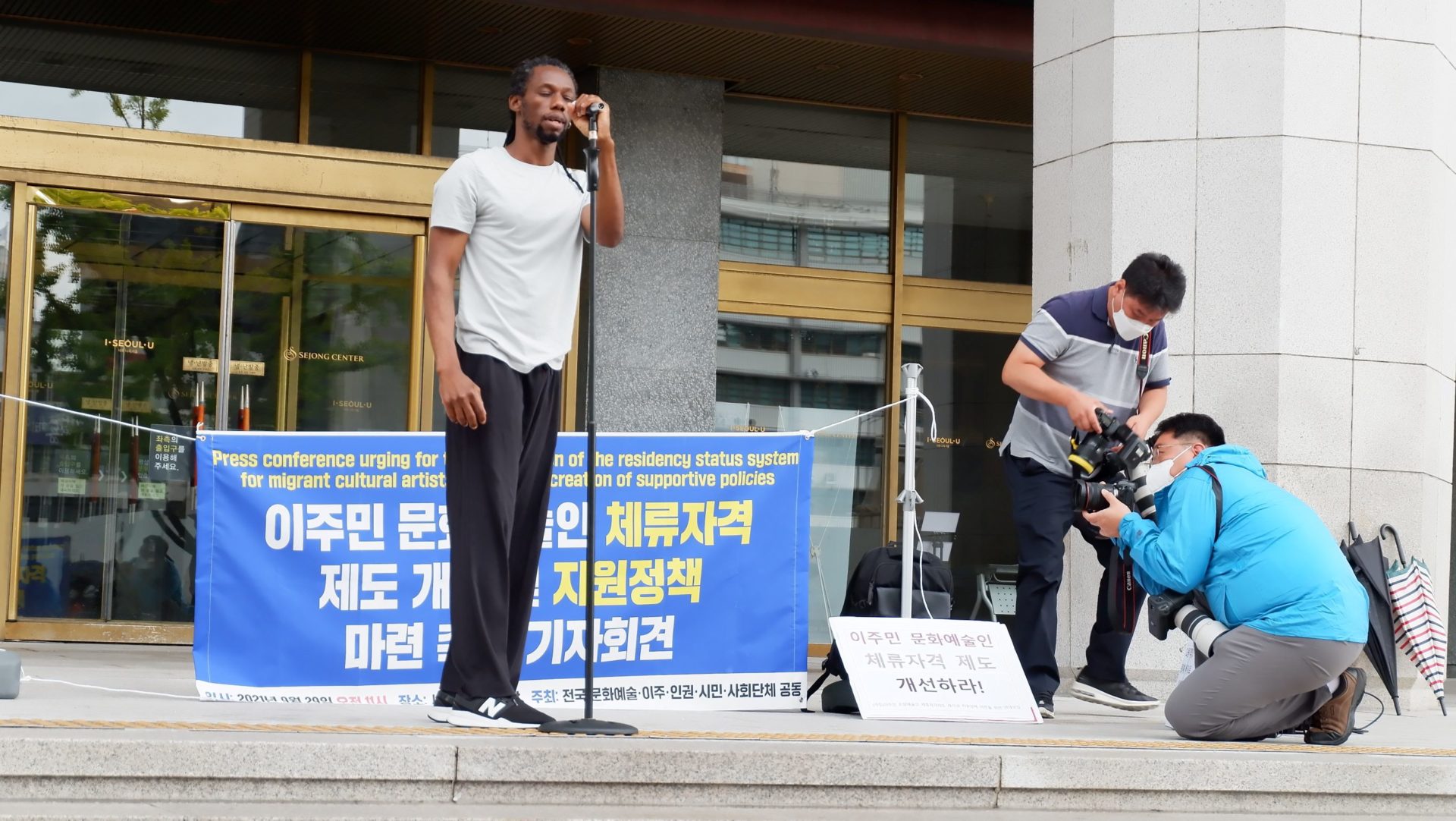 The committee plans to deliver the statement directly to the relevant ministries, urging that this issue be addressed and a system in place. A positive sign from the government side, in February 2021, he created the Cultural Diversity Committee, where discussions on supporting migrant artists have just started to surface. Prior to the date of the press conference, the committee was collecting solidarity signatures for about a month and received 500 from different organizations, groups and individuals in the cultural arts, labor, human rights and social movement. He used the collected signatures as an opportunity, the “solidarity meeting to improve the residency status of immigrants, culture and artists and to create supportive policies”, urging the government for immediate reform. So far, Korean society has treated migrants only as labor and has not seen them as creative members of culture and art. As Korean culture gains popularity around the world, the number of migrants to the country and engaged in artistic activities over the past 10 years has increased. 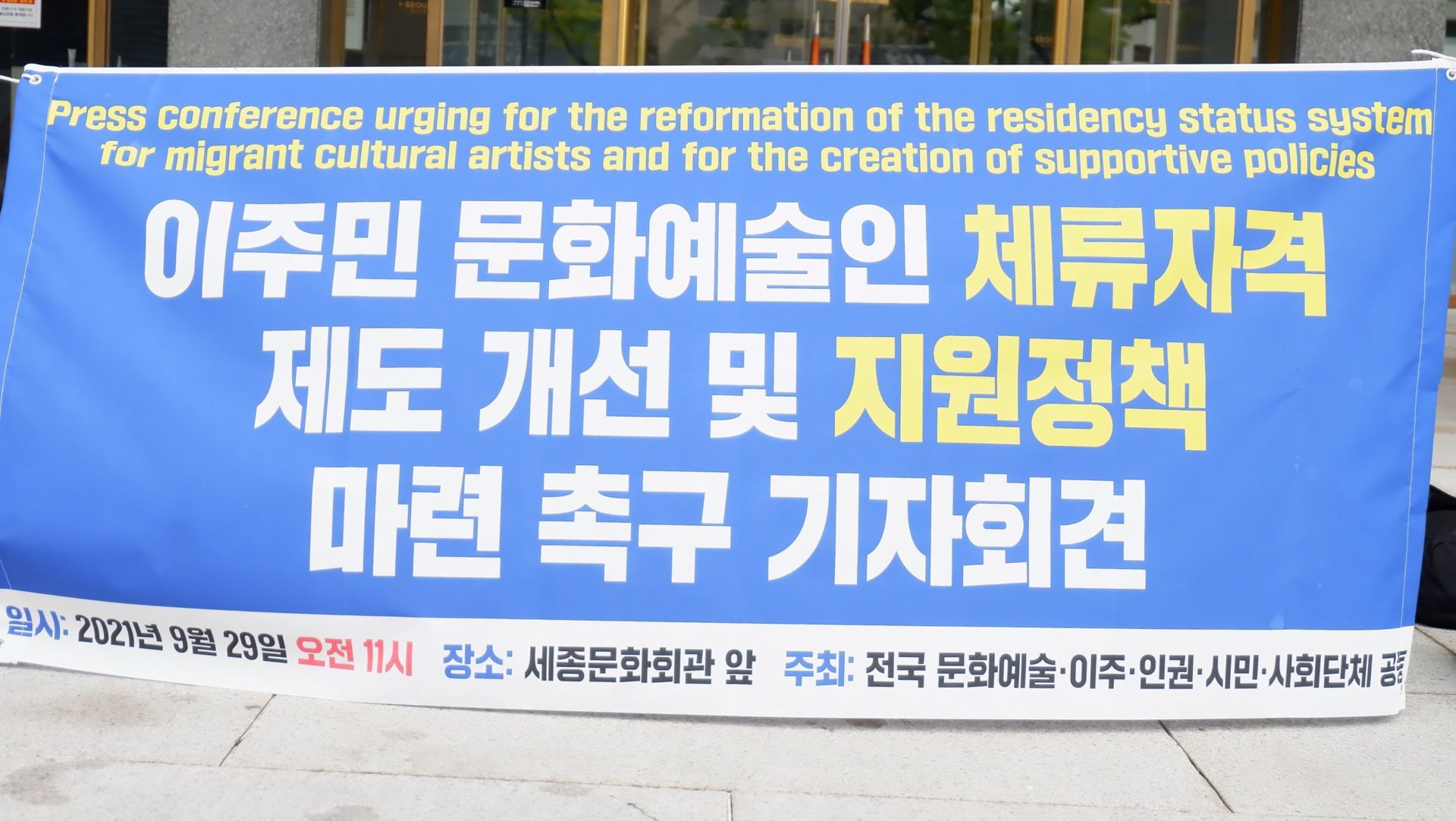 The press conference calls for a reformed immigration system that offers stable residence to migrant artists who should be given priority and their demands forwarded: